This is fairly big news.

Fitbit is being bought for roughly $2.1 billion ($7.35 per share) and will, according to Fitbit, remain platform agnostic despite the acquisition. This could very well be the point that we will see a dedicated Google Pixel Watch(?) released. After the issues in earlier years between Fitbit and Apple, it seemed likely that if Fitbit were ever to look for a buyer, Google would probably come knocking.

This has a bit of a personal nostalgia for me. My first ever wearable was a Fitbit One, followed by a Fitbit Flex (1) and Fitbit Charge HR (1). At that point, the jump was made to the second generation Apple Watch and despite looking at Fitbit's products as I wanted sleep-tracking, I couldn't justify going back. I even traded in my Fitbit Aria smart scales for the Withings Cardio+ when I needed a set of scales to work on my wifi.

I can only hope that Google's influence will better the Fitbit wearable lineup, even if that may come at the cost of Wear OS being superimposed over Fitbit's own OS. 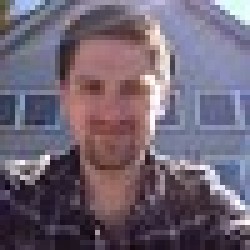 Benjamin Gisvold
All views are my own. Proud fiancé and cat dad, Technical Director at We Are Kitty
@Gizzer3010
Previous Post